#65: Is Your Transistor Sweating It? 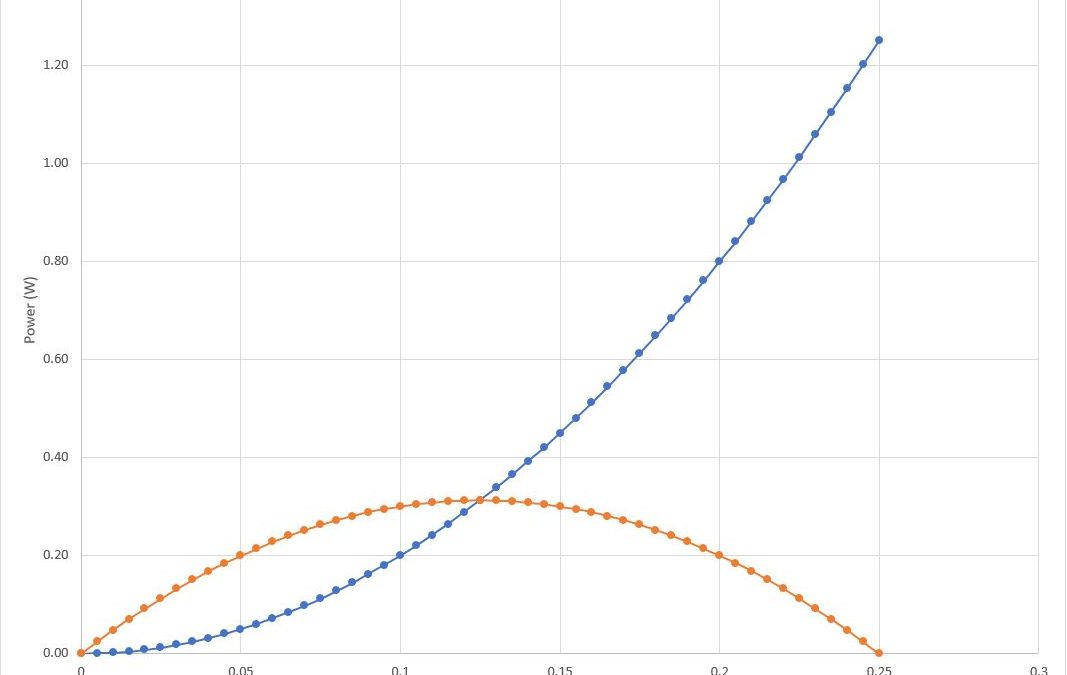 Introduction
The Celtic Engineer is a weekly newsletter produced by Celtic Engineering Solutions. We hope you enjoy it. If you have any suggestions for topics, would like to give feedback or want your email added to the distribution list please send an email to [email protected]
The faster you go the harder you work!
As an engineering student at the U, I remember a professor saying that a transistor dissipated power only when it was switching and that the faster it switched the more power it dissipated. In order to reduce the power in a transistor you need to slow down the switching rate. Meaning the switching frequency and not the switching time.
In those days I was running about 25 miles a week and I could relate to it taking more power to move faster. But I didn’t really take much time to think about what was causing the power dissipation. Power, in electrical things, is the current, in amps, times the voltage, in volts.
This was a digital class, so the switch only had two states, it was either on or it was off. When a transistor is off the current is zero, so no power dissipation. When the switch is on, the resistance is tinny. One could argue negligible. So again, assume zero power dissipation.
You’ve got me hanging by a thread
You don’t need to be a dragon rider to know that when you go between, something very mysterious is going on. And the more time you spent in between the more power you would dissipated. It was pretty clear that at higher switching frequencies you spent more time between and therefore dissipated more power. If you have been building your own PC’s over the last few decades you will have noticed that as the BUS frequency has increased, the heat sink, and eventually the fans, have grown larger.
In the analog world you must think more carefully about just where that heat is going. I would like to consider a simple circuit. It consists of just three elements: a 5V power supply, a 20-ohm resistor and a transistor. I will let you wire those up in your head, in series.
Start with the transistor off. No power is dissipated. As you slowly open the transistor and allow the current to flow through the resistor, the power dissipated in that resistor will increase. When the transistor is fully on the maximum power will be dissipated in the transistor (1 ¼ Watts). New engineers will spend most of their time sizing that resistor to make sure it can handle the load, but the transistor sometimes falls through the cracks.
Half time
In the figure at the top of the post, you will see the power dissipation in both the resistor and the transistor as the current is taken from zero to a maximum value. The power dissipation is not really a surprise, it increases as the current increases. You might be surprised that it does not increase linearly, after all ohm’s law is a linear equation and we are just dealing with voltage, current and resistance. But power is proportional to the square of the current, so a parabola does make sense.
The power dissipation in the transistor is likely to take you by surprise, it surprised me the first time I saw it. It starts and ends at zero, no surprise there. But it peaks right in the middle. In fact, it peaks when the voltage across the resistor is equal to the voltage across the transistor. This is also when half the maximum current is being drawn.
Can you gift wrap that for me?
Our brains can get cluttered with a lot of useful information so why not add one more piece. The maximum power of the transistor is (½ Vmax) squared, divided by the resistance. In this case about 313mW. If your transistor can handle half a watt you are fine, but if it can only handle a quarter watt, then you had better hope it doesn’t spend much time in between.
Why didn’t you just use SPICE?
While some people use the spice to see the future, I find it is more instructive to use a pad and pencil at times. SPICE will give you the answer, but many times is fails to help you understand. It is a great tool and I rely on it many times, but with a simple problem like this, using the equations and a spreadsheet was the way to go.
Final thoughts
This newsletter is sponsored by Celtic Engineering Solutions LLC, a design engineering firm based out of West Jordan, Utah, which can be found on the web at: www.celticengineeringsolutions.com. You can find the newsletter on the company blog, LinkedIn or in your inbox by subscribing. Send your emails to The Celtic Engineer at: [email protected], with the subject line SUBSCRIBE.