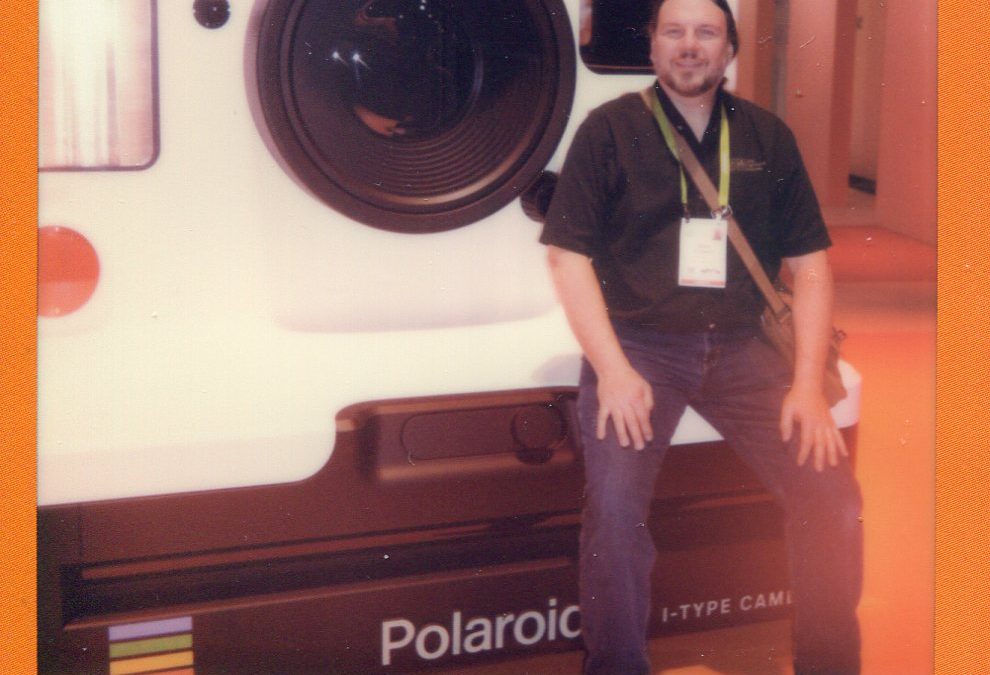 Introduction
The Celtic Engineer is a weekly newsletter produced by Celtic Engineering Solutions. We hope you enjoy it. If you have any suggestions for topics, would like to give feedback or want your email added to the distribution list please send an email to TCE@celticengineeringsolutions.com.
Polaroid? Really?
When I was a kid, Polaroid was all the rage. So, when I had a chance to get photographed, with a polaroid the size of a minivan, by a polaroid, I did not even hesitate. I asked the young woman who took the photo if she could guess the age of her subject by whether or not they began fanning the photo in the air as it developed. She laughed, but I don’t think she got the reference.
In the 60’s and 70’s the photo had chemicals that would develop the photo on the face of the paper. You could smell them and they felt cool and wet, and left a fingerprint if you touched them. In the 50’s you had to paint a chemical on the film with a little brush and let it develop undisturbed on the table until it was dry. Today, there is a plastic coating on the face of the photo and no smell of chemicals at all. It still takes a few minutes to develop and the image quality is about what it was in the 70’s.
Polaroid was founded by Edwin Land in 1937. In the 60’s they were ubiquitous, everyone who was anyone had one of these cameras. Through the 80’s and 90’s they introduced digital cameras and scanners, but were not able to capture the market. In October 2001, they filed for Chapter 11. Polaroid’s bankruptcy is widely attributed to the failure of senior management – unable to anticipate the impact of digital cameras on its film business.

Today they have relaunched the 1977 OneStep Land Camera as the OneStep2, see featured image above. I am amazed that 80 years after its inception, it is still relevant. Granted, they failed, miserably. They nearly went the way of Radio Shack, Montgomery Ward, K-Mart and soon Sears. They all failed because they could not adapt to a changing
environment. Rather than evolve, they wanted the market to respond to the direction they wanted it to go rather
than realizing market trends are like a force of nature. You don’t stop them, you must anticipate them and be
positioned so that you can take advantage of the direction they will go. If you are a controls person this is
analogous to running open loop or at least having unreliable feedback.
The One-Trick Pony
The majority of readers of this newsletter are technical people not the heads of corporations. So why spend
time on what is happening to large corporations? In the late 1800’s the traveling circus was all the rage. The
circus would travel around and entertain people from town to town. They had something called the one-trickpony,
because it did just one trick. But people loved it, until they didn’t. Do you know what happens to a one
trick pony when no one cares about its trick anymore? They sent it to the glue factory, because that was all it
was good for anymore.
We can easily become a one trick pony if we are not careful. Our skills are in demand and we have learned to
do them very well, but the depth and breath of those skills is limited. So, when things change, as they will, we
can find ourselves unnecessary. Don’t think it can happen? If you are a coal miner in a society where the
predominate fuel is wood and coal, life is good. But what if you are a coal miner in a society where wood is
scare, coal is dirty, oil is plentiful and solar is on the rise? What if there are more people working in the solar
industry than in the coal industry?
MacGyver was an amateur
I have heard it said many times that if you are not moving ahead, you are falling behind. Are you waiting to see
if this internet thing is going to catch on? What do you know about IoT (That is the internet of things). I often
imagine someone standing on the beach as the tidal wave moves toward them thinking that it will destroy their
home and how they don’t want it to come in. They stand there until is sweeps over them. There are some
things you cannot change, but if you can see them coming, move with them, or get out of their way, things will
be ok.
As engineers moving with the flow means we must constantly expand our knowledge base, we must learn new
things and new ways of doing old things. We have to be on the cutting edge. Remember, MacGyver was an
amateur, we are professionals and we should be able to design things that are much more impressive than a
1980’s sitcom. We have to anticipate what the market, our employers, will need and be able to give it to them.
Are you waiting for your boss to send you to training? You might want to rethink that strategy. You are a
commodity and the market has shown that companies are not loyal to their employees, they value skills. For
them to value you as an individual, you must show you are relevant. And to do that you must be constantly
improving your skills.
Final thoughts
This newsletter is sponsored by Celtic Engineering Solutions LLC, a design engineering firm based out of West
Jordan, Utah, which can be found on the web at: www.celticengineeringsolutions.com. You can find the
newsletter on the company blog, LinkedIn or in your inbox by subscribing. Send your emails to The Celtic
Engineer at: TCE@celticengineeringsolutions.com, with the subject line SUBSCRIBE.