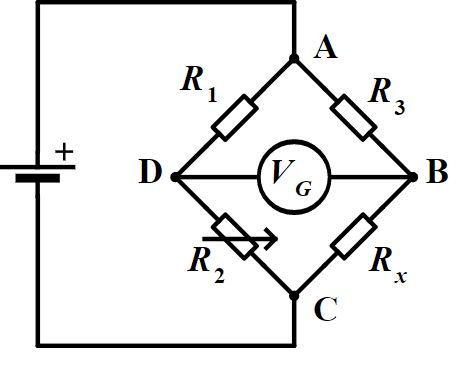 Span the gap
Bridges have been built from the beginning of time to span the gap between to desirable locations. The are both functional and beautiful. I remember in grade school studying the three main types of bridges: suspension, truss and cantilever. It would be many years until I learned that civil engineering did not hold that patent on bridges. In electrical engineering, we have the most famous bridge, the Wheatstone bridge. There are many other lesser known bridges: Wien, Maxwell, H, Fontana, Full wave rectifier, Kelvin, Lattice, Bridged T, and the Carey Foster just to name a few. Each of them performs an important function, and each gets us from one place to another.

The Wheatstone Bridge
The Wheatstone bridge was invented in 1833 by a British scientist, physicist and mathematician named Samuel Hunter Christie. The basic bridge circuit was improved and popularized by Sir Charles Wheatstone. The bridge has been widely used to determine the value of an unknown resistor. R1 and R3 are fixed and known. The resistor to be examined is Rx. R2 is a calibrated potentiometer or decade box. The voltage (Vg) is monitored as the value of R2 is varied. When Vg is zero or null, the bridge is in balance. In general, Rx = R2 * R3 / R1 (when the bridge is in balance). If R1 and R3 are equal, then R2 is also equal to Rx, if not, then, well – algebra. Interestingly the initial use of the Wheatstone bridge was for soil analysis and comparison.

The equation above is only valid if the bridge is in balance. That is, if the voltage Vg is null. However, you can still determine the value of Rx if the other three resistors are fixed and know and the voltage Vg is known, by using Kirchhoff’s circuit laws. This basic circuit is used extensively in strain gauges, temperature measurements based on thermistors and pressure sensors.

Let’s get it straight
There are other uses for bridges besides sensing. The rectifier bridge or full wave rectifier, is made up of 4 diodes and it is used in many power supplies that convert AC power to DC power. If the diodes are pointed up (anode to cathode) then the AC signal is placed on the left and right corners and the output is positive, top, and negative bottom. The incoming signal is a sinusoid and the output waveform looks like a mountain range. You can make your own rectifier bridges using individual diodes or you can buy a FWR that has 4 pins and all the diodes contained inside.

If single phase AC circuits just don’t do it for you, you will want to look into polyphase rectifiers. A half-wave rectifier circuit for 3-phase circuits consists of 3 diodes, while a full way will have 6.

When the upper right and lower left are closed, the motor will rotate in one direction, but when the upper left and the lower right are closed the motor rotates in the opposite direction. The motor will coast if only one of the 4 switches is closed, or they are all open. You can get a breaking action by closing either the upper two or lower two switches which shorts the terminals of the motor together. One thing you must never do is close either both switches on the left or both switches on the right, as this will short the power supply to ground. You laugh, but it is easy to do when you are writing code and the switches are under the control of an MCU. When I had to do this, I put logic gates into the circuit so that it was not possible to do that. See last weeks newsletter for more about logic gates.

You can also get current spikes if you are not careful about timing. There are applications where you will want to rapidly switch between closing an upper switch and a lower switch. If you do this simultaneously, there will be a short time when you are shorting the power supply and you will get large current spikes. You can avoid this by putting a dead time after a switch is opened before you close the next switch. They often refer to this as break-before-make.

Of course, this assumes you are directly controlling the switches. There are H-Bridge driver chips that take much of the drudgery out of using an H-Bridge. You tell it the direction or function (Left, Right, On, Off and Brake) and it will make the appropriate connections and deal with timing issues for you.

-Struction
I have always liked building bridges rather than walls, they just seem more useful. Although both have their place. I also like to build, rather than tear down which makes sense, engineering is more about CON-struction than DE-Struction. I hope you have a great week. Go out and build a bridge.