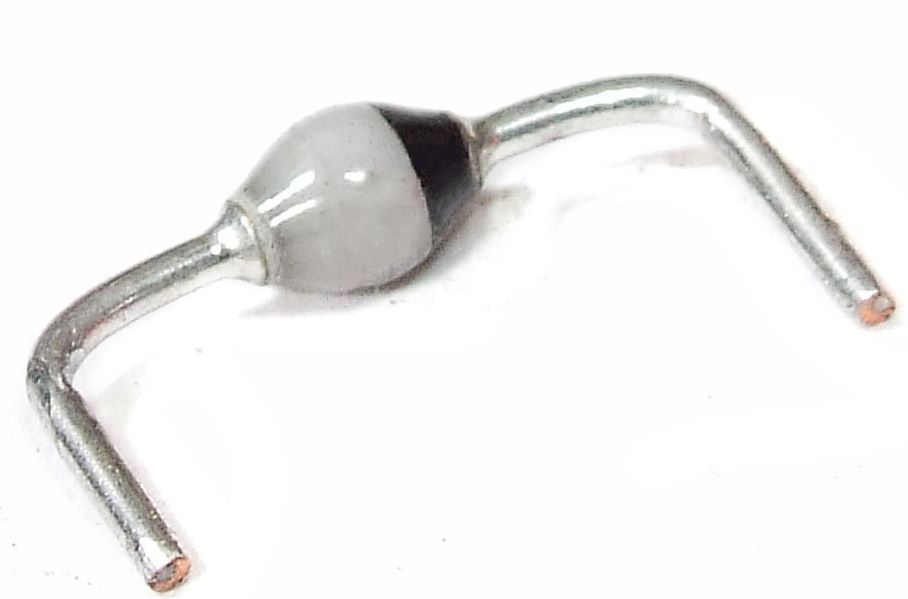 Reverse biasing is just the opposite. The positive voltage is connected to the cathode and the anode is often connected to ground. Under normal circumstances this looks like an open circuit and can be ignored. There is a parameter known as VBR, For Reverse Breakdown Voltage that really defines how this device works.

There are two competing reverse breakdown phenomena, Zener breakdown and avalanche breakdown. When the breakdown voltage is rated more than about 5.5 volts, the device is usually an avalanche diode.

Is a Zener diode an avalanche diode?
As we discussed last week, they share many similarities, but they have different effects responsible for their behavior. The Zener has a voltage higher than breakdown while an avalanche diode will have a small but significant voltage drop when under breakdown conditions. It is this feature that makes the Avalanche diode better at providing surge protection than a simple Zener diode.

Often an avalanche diode is referred to as a clamping diode because it begins to conduct at a certain voltage and prevents the voltage from rising above that limit. There are limits to what these devices can do. They are usually limited by the amount of energy that they can absorb. Activating an avalanche diode is not destructive so long as the device is prevented from overheating. Good heat sinking is therefore recommended.

Did you see that flash?
There is a type of device know as a Single-Photon Avalanche Detector. In my day we used photomultiplier tubes, but he principle is generally the same. The silicon avalanche photodiode can be used as a high gain photon detector. The device is reverse biased with many hundreds of volts, near its breakdown voltage. In this way when an electron hole pair is generated by an incoming photon, energy is taken from the high electric field which creates additional charge carriers. Thus the current generated by just a single photon can become large enough to be measured.

When I first saw this, I was confused because I expected them to come in at a regular rate, at a given frequency. But they are asynchronous and come in as the photons impinge on the surface.

They have avalanche transistors as well?
While beyond the scope of this short newsletter, there are also devices know as avalanche transistors. These devices are inherently bipolar junction transistors, but they are operated in a region of its collector current that is beyond the collector to emitter breakdown voltage. One of the neat properties of these devices is that they have the ability to switch very high currents with less than a nanosecond transition time. Some of the work done in this area has been done by Jim Williams. He found that 82% of a sample of 15V high-speed 2N2369’s made over a 12-year period were capable of avalanche breakdown pulses with rise times of 350 picoseconds or less when using a 90V power supply.