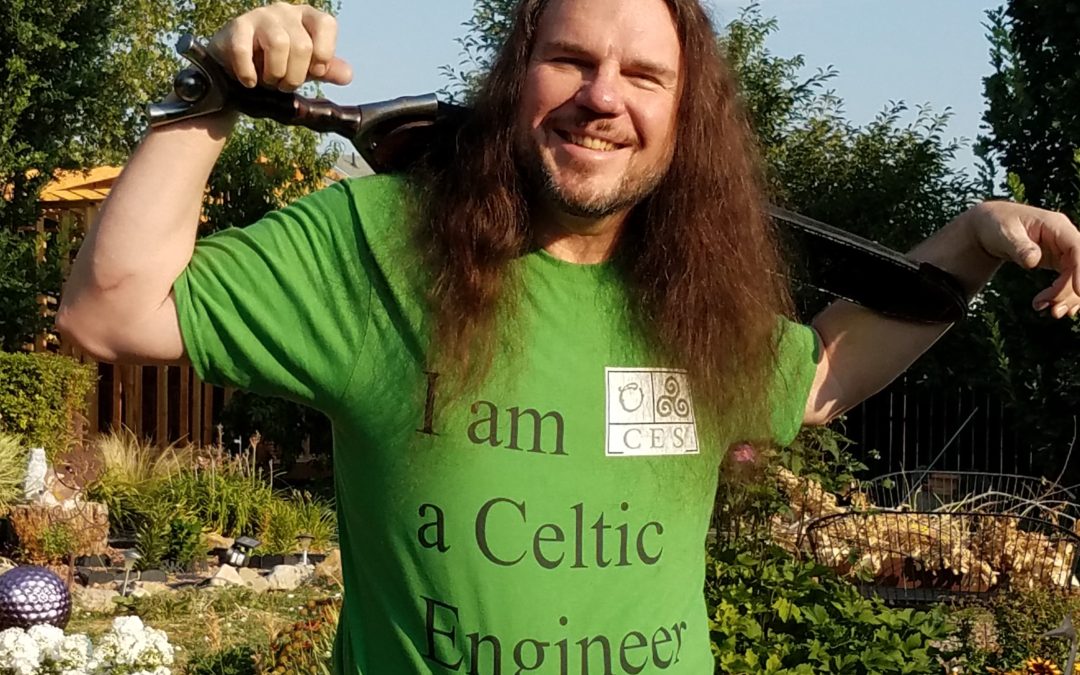 Are you a Celtic Engineer?
This is the 100th issue of The Celtic Engineer, a weekly newsletter. I can’t believe two years have gone by already. I wanted to do something interesting to celebrate this milestone. It got me thinking about who I am and what I stand for. You might not have ever considered why I am The Celtic Engineer, aside from the fact that I write this Blog. It means something very specific to me. You might guess that as Sean O’Leary, it is all about my Irish heritage. And it has something to do with that, but not as much as you might suspect. To understand what it means to be A Celtic Engineer, I want to start by talking about the ancient Celtic People. By the end of this Blog, or Newsletter, I hope you will be able to answer the question, “Are you a Celtic Engineer?”

The Ancient Celts
After the last ice age, people began settling in Ireland and Great Britain. This was 10,000 – 12,000 years ago, in a time know as the Mesolithic era. These people were hunter gatherers. It wasn’t until the Neolithic era, 4,000 – 2,500 BC that the great stone structures were built by early engineers. You might laugh at me calling them engineers, but I have stood deep underground at the great stone monument of Newgrange. It consists of 200,000 tons of rock and earth. There is a long tunnel that stretches from the entrance back 63 feet into the main chamber. The main passage is aligned so that on the morning of the winter solstice, light runs down this tunnel and lands on a water basin that scatters the light and illuminating the chamber. This sight predates Stonehenge and the Egyptian pyramids. I have no doubt that these people were engineers. Newgrange has the oldest appearance of the Triskelion, a triple spiral motif. You may have noticed it appears as part of our logo.

During the Copper and Bronze ages, mines in County Cork and County Kerry are believed to have produced 370 tons of copper. The Iron age ran from about 800BC up until 100AD, in this part of the world. During this time period many of the ancient ‘European’ tribes fell to Roman expansion. In fact, the conflict between the Romans and the Celtic tribes stretched over 500 years in the middle of the Iron Age. The Celtic Warriors had a reputation of being fearless, savage and courageous.

When not defending their own homeland, they would hire out to other tribes and nations as mercenaries. They were feared and hated by the Romans. In 390BC, one of the Celtic tribes Sacked Rome. The Romans were disgraced and had to pay them to leave and return the city.

The Romans hated the Celts calling them Barbarians and spreading vicious rumors about them. Over the course of 500 years and battle after battle, many tribes and nations fell to the Roman thirst for conquest, but never did they take Ireland, although they tried many times. In the end they decided it was not worth the enviable loss of life.

The connection to Engineering
So, what is the connection between modern, and sometimes nerdy, engineers and the ancient Celtic Warriors? I see many parallels. Both the Celts and modern engineers engage in great feats of engineering. Both are highly trained and skilled warriors. Do you disagree? Is engineering not a continual fight, a battle every day for time and resources? Those who won ancient battles did not just pick up a sword and go to war. They trained for the battle and prepared for the war, or they died. Engineers trained for the battles they face every day by years of education, thousands of hours of study and countless sleepless nights.

The Celts were mercenaries. I think Engineers are both mercenaries and warriors. A mercenary is someone who is paid to fight someone else’s battle. Unless you are designing your own product, you are not fighting your own battle you are fighting for someone else. I am willing to bet that not one of you would continue to go to work if your company stop paying you. You are there because you are being paid to fight their battle. Whether you are an employee or a consultant like I am, we are fighting for our customers. And yes, your employer is your customer. You are providing a service and they are paying you.

And what battle would that be? There are no Romans threatening to over through tribe and nation. Are there? We fight by designing, by making products, by figuring out the best way to solve a problem. The fight is between warring companies competing for economic advantage. In issue #98 we talked about businesses and how many of those businesses fail. Twenty percent fail (Die) in the first year. Thirty percent fail (Die) in the second year. A full ½ of new business will fail (Die) in the first 5 years. The battle is real. The modern equivalent of the Romans are the competitors of your customers. In all of history there has always been a battle over resources. Resources have been and always will be scarce. In our modern economic environment, we still battle over resources. Today we call those resources customers – sales.

We are about integrity, honesty, not being afraid of hard work, of learning how to do new and difficult things. The engineer who says, “If it doesn’t get done today, it will get done tomorrow,” is NOT a Celtic Engineer. Small business fail when complacency reigns. Doing the best job you can; planning out your design to handle exceptions; looking forward and anticipating future needs both of your customers and your co-workers so that the entire project is completed on time, within budget and done in a way that allows you to go home at the end of the day with a sense of pride in what you do, that is what makes you a Celtic Engineer.

The Competition
The battle is on! After all this talk about Battles and Warriors how could we end without a competition? I thought it would be fun to battle over a few prizes. The rules are listed on the page below. May the best of you win the day!

a.       Category I: Post a picture of a toddler (the next generation of engineers) shown wearing the T-Shirt (must be their shirt not their parents). A randomly selected entry will get a $50 Amazon gift certificate.

b.      Category II: You wearing your “I am a Celtic Engineer” T-shirt.  Two (2) randomly selected entries will get $50 Amazon gift certificates.

c.       Category III: A group (3 or more) of engineers.  A randomly selected entry will get a pizza party (one pizza per person wearing a shirt along with a 2-liter bottle of soda; If there are 10 people in the picture wearing the T-shirt you will get 10 Pizzas and 10 bottles of soda).

Creativity is encouraged; however, the winners will be chosen from among each category at random.  Have fun and good luck.