#110 Sprague is a strange name for a Library 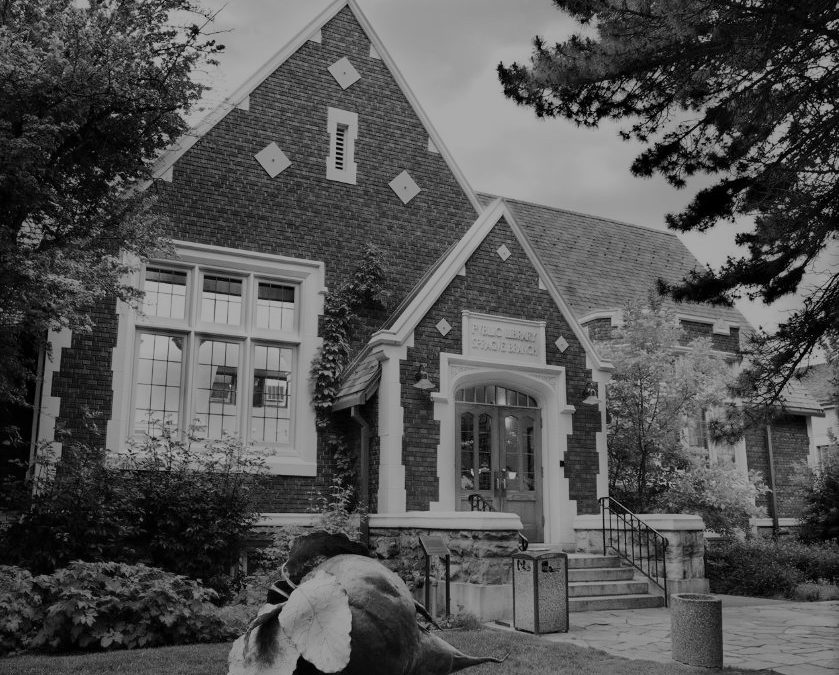 When the world was black and white
Everything moves so fast today it is easy to forget where we came from and the men and women who made our society what it is today. When I was an undergraduate, I spent many hours studying at a library in Sugarhouse in Salt Lake City called the Sprague Library. At the time it never occurred to me to track down who Sprague was or why they should name a library after this person.

The Father of Electric Traction
Frank Julian Sprague lived 77 years after his birth in 1857 and left a legacy that has impacted everyone reading this newsletter and most of the people in the United States. His first splash into electrical engineering was in the US Navy where, at the age of 24, invented the inverted dynamo (a type of generator). Only two years later he was working for Thomas Edison at Menlo Park.

You have all probably heard the quote “I have not failed, I’ve just found 10,000 ways that won’t work.” This in reference to Thomas Edison inventing the lightbulb. I remember being very impressed with Edison doing 10,000 experiments to find a way to make a useable lightbulb. Frank Sprague, was less impressed. He felt it was a great waste of time, money and other resources to guess at an answer. His major contribution to the Menlo park effort was the introduction of mathematical methods. He would calculate the optimum parameter needed to solve a problem using the least amount of experimentation. His methods increased efficiency and reduced wasted effort.

I shall found my own railway
He worked for Edison for only two years and decided he needed more of a challenge and went off and founded his own railway, The Spague Electric Railway and Motor Company. He was 27-year-old at the time. What made his company so successful is that he intruded two new inventions that revolutionized the railway system. The first was a constant speed, non-sparking motor with fixed brushes. This means the motor would not change speed under varying loads. The second invention was the regenerative braking method. Yeah, that thing on all electric cars was invented well over a hundred years ago.

What makes constant speed, non-sparking motors, important is that when you are moving an electric trolley and it starts to go up a hill, you don’t want it to slow down to a crawl. This also important when you are driving a box filled with people and they keep getting on and off, but I am getting ahead of myself. You also don’t want to send sparks scattering all over the place when you are running down the streets of a busy city, that tends to cause fires. And if you think fires are not a big deal, try traveling with me through Chicago some time. People hear there is an O’Leary in town and you’d think I was a milk farmer.

Don’t touch that third rail
Sprague was responsible for installing large electric streetcar systems like the ones in Richmond Virginia (first successful electric street railway), Boston, Chicago and Brooklyn New York (Home). His work in bringing electric railways, the forerunner of the TRAX system we have here in Salt Lake, to cities lead to the demise of the Horsecars, which is what my family was heavily involved with in the early 1900’s. It was not until the last few years of the 19th century that he designed the third rail that I grew up seeing in the subways of New York City. This changed the overhead lines carrying power to a third rail alongside of the two that the train ran on that provided power to the trains. It allowed trains to move from the streets to underground.

He also decentralized the power of trains from the locomotive to a system of motors on each train. This allowed them to start and stop the trains all along the train where the mass was distributed rather than at a single point at the front of the line. Regenerative braking returned power from the motors to the power lines at the same time as it brought he train to a stop.

Going up!
Frank was not satisfied with horizontal innovation, he founded the Sprague-Pratt Electric Elevator Company where he developed floor control, automatic elevator (they used to have operators) and acceleration control of car safeties. He sold his company to the Otis Elevator Company in 1895. You have probably ridden in one of their elevators during your life.

Results man, I want results
The result of his designs first allowed cities to expand over larger areas. Then the innovations in elevators allowed them to expand upward into high rise buildings. Before his electric motors came along they used steam powered elevators. His son, Robert went on to found the Sprague Electric Company. It was later bought by Vishay Intertechnology, yes that Vishay. His grandson Peter became the CEO of National Semiconductor, maybe you have heard of them.

Let’s get this party started
Whenever I hear about these amazing engineers of yesterday and what they did with their lives I always feel like I have to pick up the pace. No matter what you have done with your career, when you see the accomplishments of these amazing individuals, you can’t help but feel a little inadequate. So what are we waiting for, lets get going!