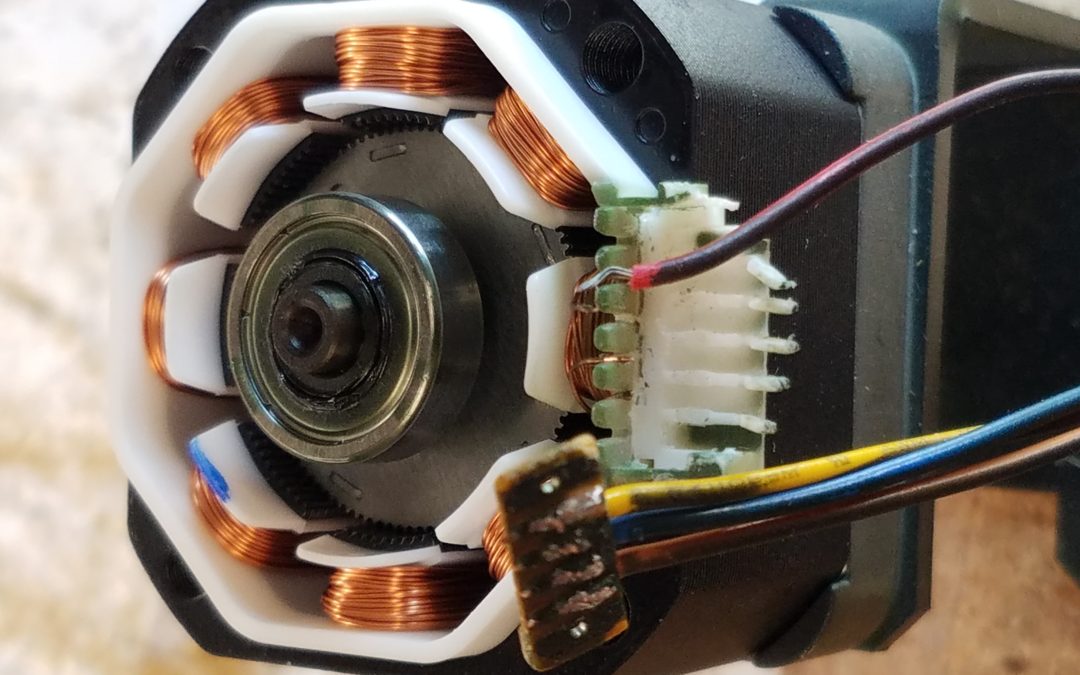 I don’t do repairs!
Are you a design guy or gal? Do you firmly tell people you do not do repairs? OK then. So how often do you do repairs? Hey, its part of engineering whether you like it or not. At least it is part of prototyping. Hacking a board is a kind of repair work or at least repair and making a board work share quite a few commonalities.
I get a panicked little jolt when someone designs a new board and thinks they will plug it in and have it work the first time. There is such a thing as commissioning a new design. You fire it up and try out all its functions and make sure it does what you intended for it to do. You might also try to see it does some additional things that you did not intend for it to do. We call those features.

The importance of good documentation
The story I want to tell you involves the lack of good, clear documentation and a real-world panic moment. I had a friend call me this week on his way to me from one of his customers with a broken motor. As I said, what we would like to do and what we actually do are not always the same thing. His customer had been waiting for several weeks while the manufacturer sent them a replacement part. All the time that they were waiting the machine was down. That means the customer was losing money. While not technically his fault, good customer service is his goal and he had a customer in need.

In the picture you can see the red wire is not attached to the tiny PCB on the bottom. The documentation said there is a pigtail. The PCB was in a connector header and looks like you could just unsnap it and replace it. It probably has some springs below the board to connect the motor to the PCB, right. They removed the PCB and the 4” of wires to the connector because that is what a pigtail means. Unfortunately, the pigtail in question was the next part of the wire, technically not a pigtail, it would just be a cable. The PCB they removed was hard wired to the motor by 4-30AWG magnet wires which they broke when they removed the PCB. They most likely would not have made this mistake if they had better documentation. And while it may be obvious from the picture, not everyone works under a toolscope and has the advantage of a close up view of tiny things.

Now the cable took several weeks to get and the customers machine is down so telling them, “Hey we oopsed, sorry. It will be a few more weeks while we get a new motor, but it really isn’t our fault, you know because of the bad documentation…” just isn’t an option. At least not if you care about good customer service, which my friend does care about.

Emergency Room
So, he comes to me with a sick patient in need of immediate care. First off, I re-soldered the red wire. Whoever originally cut it was obviously reenacting a movie scene. Then I test fit the PCB into the white connector below it and it went back in easily. I removed it again and mixed up a very tiny batch of my favorite 2-part epoxy. “A little dab’ll do ya.” I then set the PCB into the epoxy I had placed on the connector, snapped it into place and waited the appropriately 5 minutes.

The next task was to re-connect the 4 broken magnet wires. Two of them were long enough that I could lay them over the wires on the PCB side and, after removing the protective coating, solder them together. The other two were a different story. They just barely touched end to end. After a bit of rummaging, I found some solid core 30AWG wire and placed a piece over the top of the two original wires and soldered across them. The last one was the most difficult. The wire angle was not optimal, there was a small gap between the wires and they were low in the plastic notch. This was the real problem. The white plastic was a thermal plastic with a melting point below that of my soldering iron. The plastic would melt and cover the wires and I could not see if it had soldered or not. I would pick at the mess with my X-Acto blade until I could decide. Then I would try again. It only took 3 or 4 time and I had it.

So how much to you charge for that?
Charge for what? I told you, I don’t do repairs. Not only was this a friend, but a friend I don’t get to talk to near enough. The time spent talking together, while I operated on the sick motor, was payment enough. There are many things in life that are more important than money, helping out a friend is definitely one of them. Besides it was a fun problem and I got this cool story to write about for my newsletter.

Final thoughts
This newsletter is sponsored by Celtic Engineering Solutions LLC, a design engineering firm based out of West Jordan and Murray, Utah, which can be found on the web at: www.celticengineeringsolutions.com. We are also on Instagram and Twitter. We will soon have a Facebook page. If we can ever help you with your engineering needs please contact us. You can find the newsletter on the company blog, LinkedIn or in your inbox by subscribing. Send your emails to The Celtic Engineer at: [email protected], with the subject line SUBSCRIBE.