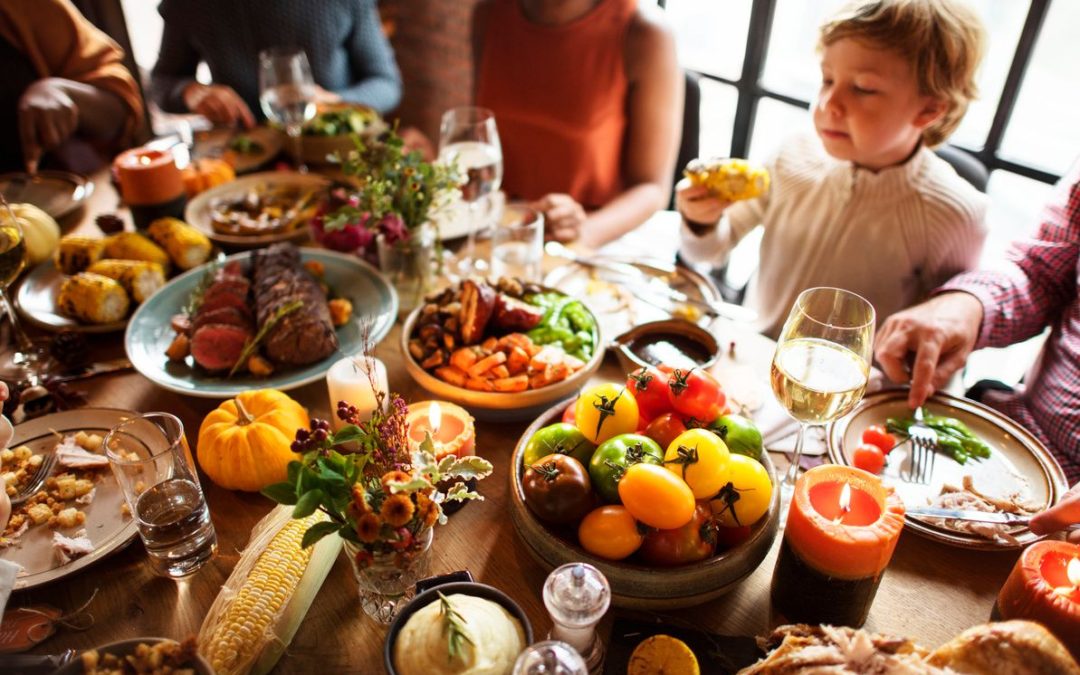 Thanksgiving in the US
Tomorrow is Thanksgiving in the United States. It is a time when we give thanks for the bounty of the land. It reminds us that even though we live in a highly technological world, we still depend on the land to provide food for our families. They say nothing is certain but death and taxes, but I think the need for food is a certainty.

In the 1970’s the world population ticked from 3 billion to 4 billion. The evening TV had at least one commercial a night talking about the desperate need for food somewhere on the globe. Over the last 50 years the share of the population that is undernourished has dropped dramatically. The world average was about 19% (yeah, 1 in 5) in 1991. By 2015 that was down to about 11%. In sub-Saharan Africa the numbers show even greater improvement 34% in 1991 to 18% in 2015.
The population of the world in 2018 was 7.6 Billion. How can we account for having almost double the population and fewer hungry people? There are lots of reasons. Before we jump in and talk about them and how this has to do with engineering and you, I want to point out that there were still roughly 500 million people who suffer from severe food insecurity in 2015. The problem is not gone but it is improving.

What affects food supplies?
Transportation is a major contributor to the worldwide distribution of food. This allows food to be transported to disparate parts of the world before the food spoils. You will likely have noticed that you can now get foods out of season, as it were, though the year. Not only is this convenient, but for people who don’t have enough, it means not just added variety, but sufficient quantity.

Improved yield is responsible for adding additional food to the world food supply. This is not a simple variable that needs manipulating. The improvement in yield is complex. It involves the use of disease and drought resistant crops, the proper use of fertilizer, the proper pesticides and the use of technology to understand what crops need, not farm by farm but meter by meter. Many of the changes have been brought about by research and development, education, and changes to methodologies.

Calories and consumption. This may be a surprise to many but a pound of beef (1137 calories) takes 10 lbs of grain (about 15,000 calories) to produce. Establishing a balance between the types of foods that are consumed has allowed a greater number of people to have food to eat.

Most of the things I work on as an engineer have little to do with food production. However engineering has and will continue to play a key role in the production of our food. Electrical, mechanical, process, chemical, environmental, rocket, optical, … I guess I could go on and on. The truth is that every aspect of engineering can be and is adapted to meet the needs of food production.

As I look around me, I see lots of people and companies trying to make their way by entering the consumer market. That makes lots of sense. There are 7 billion people buy new gadgets. I also see companies fighting over DoD contracts because they pay lots of money, and peace is probably not going to be universally accepted as long as people continue to inhabit the planet.

But it occurs to me that the skills we have as engineers can also be applied to the agricultural needs of a growing planet. The population growth is estimated to reach 11.2 billion by the year 2050. That is a lot of mouths to feed. That is a great opportunity for engineers to make a difference.

I love reading the stories in the news where someone who has lost a limb gets a robotic replacement, someone who has never heard a sound in their life hears someone else’s voice for the first time. I think along side those amazing achievements, improving the security of the world’s food supply and reducing the number of hungry people in the world should be counted among the noble achievements of engineering and of engineers.

When we sit down with our families and think about the many things, we are thankful for I hope we will remember the people in the agricultural sector, the farmers, the laborers, the engineers, the scientist who all played their roll in making the meals we eat possible. I hope we will also remember that there is still work to be done and opportunities for all of us in the engineering community to contribute our knowledge to making this a better world.

Final thoughts
This newsletter is sponsored by Celtic Engineering Solutions LLC, a design engineering firm based out of West Jordan and Murray, Utah, which can be found on the web at: www.celticengineeringsolutions.com. We are also on Instagram and Twitter. We will soon have a Facebook page. If we can ever help you with your engineering needs please contact us. You can find the newsletter on the company blog, LinkedIn or in your inbox by subscribing. Send your emails to The Celtic Engineer at: [email protected], with the subject line SUBSCRIBE.