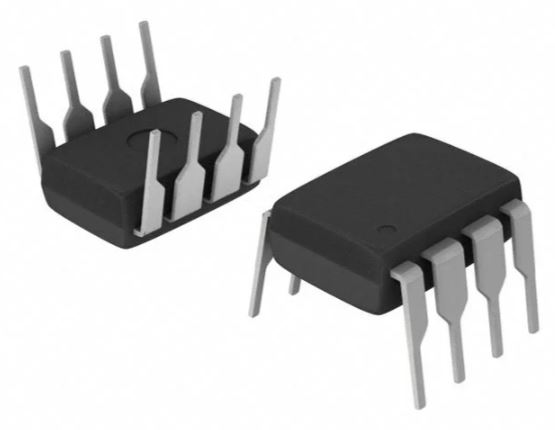 Doing the impossible
I watched a video some time ago that was a parody of the Engineering Process. In the video the engineer meets with members of management, the customer and the sales and marketing team. The customer wants, among other things to have the design contain two parallel lines that converge. I think there might have been a constraint on the color being blue but they could only use red ink, or some other such nonsense. It is a funny video because it expresses the frustration engineers often feel when dealing with other groups that have different goals then they do. This often leads to requirements that are in conflict with each other. As any engineer will tell you, this is basically par for the course. What I wanted to talk about is not how to deal with this or why I think it happens, but a specific requirement that at first looks impossible but actually has a nice solution.

Barriers
Like Gandalf’s last stand against the Balrog, there are times when we must place a barrier that cannot be crossed. An isolation transformer comes to mind. A purpose of an isolation transformer is safety. By isolating a circuit from the power supply, you prevent the scenario where someone gets fried when simultaneously touching earth ground and some part of your circuit.
Without an isolation transformer the power line has voltage relative to ground potential. Ground potential is all around us, so we are often connected, through some relatively low impedance to it. In that case if we touch the power line our bodies, mostly water and salt, make us a very good, low impedance, element in the circuit.

When an isolation transformer is used, we are still at ground potential, but there is no connection (hopefully) between the return path of the isolated circuit and earth ground. Since the circuit is connect between high and the return path, it still functions as desired. As long as we are not connected to the return path, we are safer.
Why safer and not perfectly safe? Well if there is capacitive coupling between the isolated return and ground, there sill is the possibility that we could become a current path. Transformers block direct current, but not alternating current, and since that is what will pass through a transformer, we have conditions for a not so perfectly isolated circuit.

A little request
Isolation is good, but what happens when you, and your control circuit must be on one side of the isolation and the current or voltage to be controlled are on the other side? You might suggest moving the MCU to the
isolated circuitry. That is not always possible for reasons of power or the need to interface with other none isolated parts of the circuit.

So how do we control through this isolation barrier? The answer is there are many ways but a really nice way is
to use an IL300 optoisolation circuit made by Vishay Semiconductor, Opto Division. You might be tempted to say, “Yeah, I know all about optoisolator circuits, that is old hat.” You would be wrong.

Typical Optoisolators
Optoisolators, or optocouplers, allow us to transmit a signal optically across a barrier while keeping the two sides isolated electrically. It uses an LED, usually IR, and a phototransistor to transmit and receive the signal. If
you are transmitting a digital signal then life is easy. You are looking for one of two states. But if you are interested in transmitting a signal that is proportional to the original, life gets more interesting.

The output of the LED may vary with temperature, time and the manufacturing process. The upshot is that no two will behave exactly alike. How can we ensure that what we sent is what is received? As EE’s we
immediately think of feedback, specifically negative feedback. Sample the output and drive the error to as close to zero as possible. Unfortunately, we have just crossed an isolation barrier and don’t really have access to the
transmitted signal.

The solution is not perfect, as most thing are not, but it is as they say a better mousetrap. Good hunting.

Final thoughts
This newsletter is sponsored by Celtic Engineering Solutions LLC, a design engineering firm based out of West Jordan and Murray, Utah, which can be found on the web at: www.celticengineeringsolutions.com. We are also on Instagram and Twitter. We will soon have a Facebook page. If we can ever help you with your engineering needs please contact us. You can find the newsletter on the company blog, LinkedIn or in your inbox by subscribing. Send your emails to The Celtic Engineer at: TCE@celticengineeringsolutions.com, with the subject line SUBSCRIBE.
Do you know someone who would enjoy the newsletter? Forward them a copy or let them know where to find it.